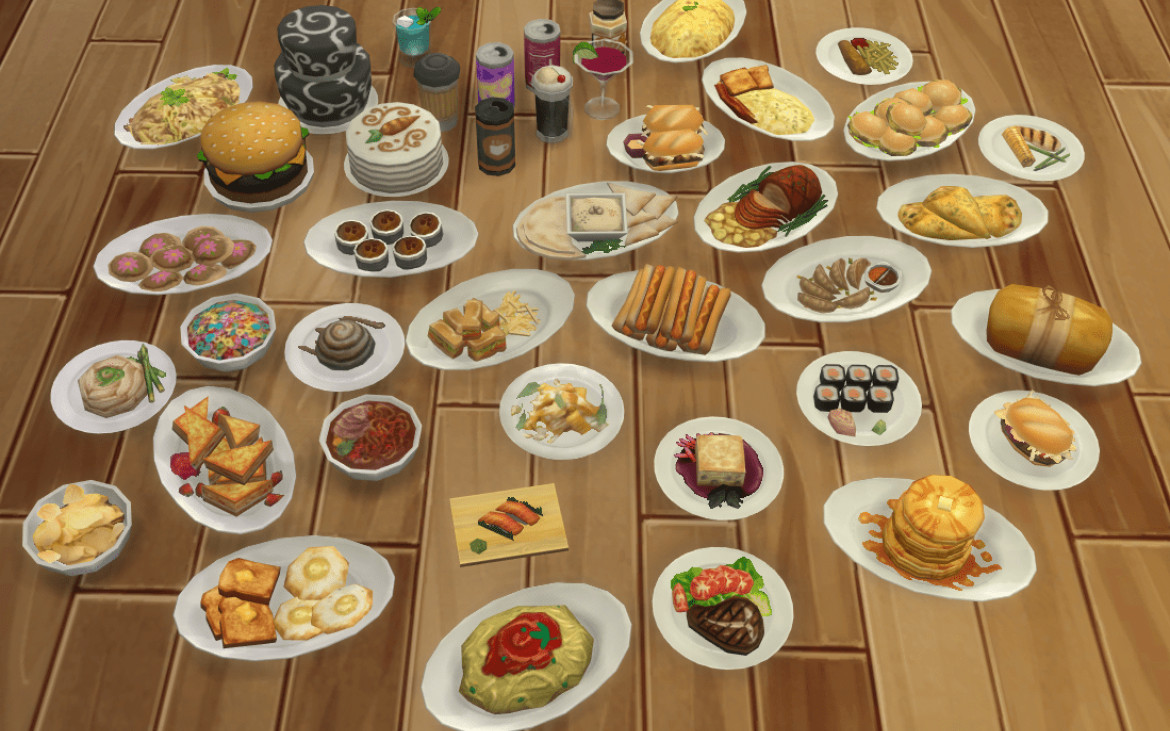 This A.I. Upscaled Food mod replaces the game’s food textures (as well as pans, cutting tables, plates, and so on) with one that has been upscaled and hand cleaned.

I understand that they must adhere to the “small objects have low resolutions” principle, but I really wanted more ‘zoomable’ food, so… It’s right here. It’s the original game texture, but instead of being a pixel jumble, it’s cleaner and might make you hungry.

As previously stated, it is a work in progress, the game has an absurd amount of food, some of which are quite difficult, while others have multiples, so it will take time. And, because I’m human, I’m prone to making mistakes; please notify me if this occurs.

With A.I. Upscaled Food Mod, an A.I. will upscale the texture to 4x and I will clean it to create a smooth appearance. (Anything above this doesn’t make a noticeable difference, because the normal size is 128×128, and the mod has 512×512, and the A.I. also makes it look sharper than a simple Photoshop scaling) And yes, it includes everything about food: food itself, pans, fork, plate, cup, ingredients, drinks…

In case you already have one or don’t want one, the baby bottle and fork replacer are in a separate file.

This A.I. Upscaled Food Mod shouldn’t be that heavy, although it make the foods textures change from 12kb to 400kb (sometimes 100kb to 1.2mb), they should be a max of +/- 20 foods(the game sim limit) that isn’t that much damage in your performance than it seems. Using alpha CC for example is easily a lot more heavy.

[Tutorial] How to “brute force” compatibility

This is a simple tutorial on how to “brute force” compatibility, which I call that because it may replace things that shouldn’t be replaced and have unanticipated consequences.
It is compatible with any mod.

There are two methods: the easier one, which is less reliable, and the harder one, which is completely functional.
Method that is simple
Simply create a new folder and place any mod that you want to replace data from.
For instance, suppose you want a plate replacement to work with this mod:
Inside the mods folder, look for ‘Ai Upscaled foods’ and ‘new folder’ inside the new folder, look for ‘plates replacer.’

Explanation: Essentially, A.I. Upscaled Food Mod files within folders have higher priority. The game only loads files inside folders after loading files outside of them, and the game only shows you what he loaded last.

Browse for more The Sims 4 mods ? Take a look with these ones right here:

Sport Pants For The Sims 4

Instant Upgrade No Delay | The Sims 4