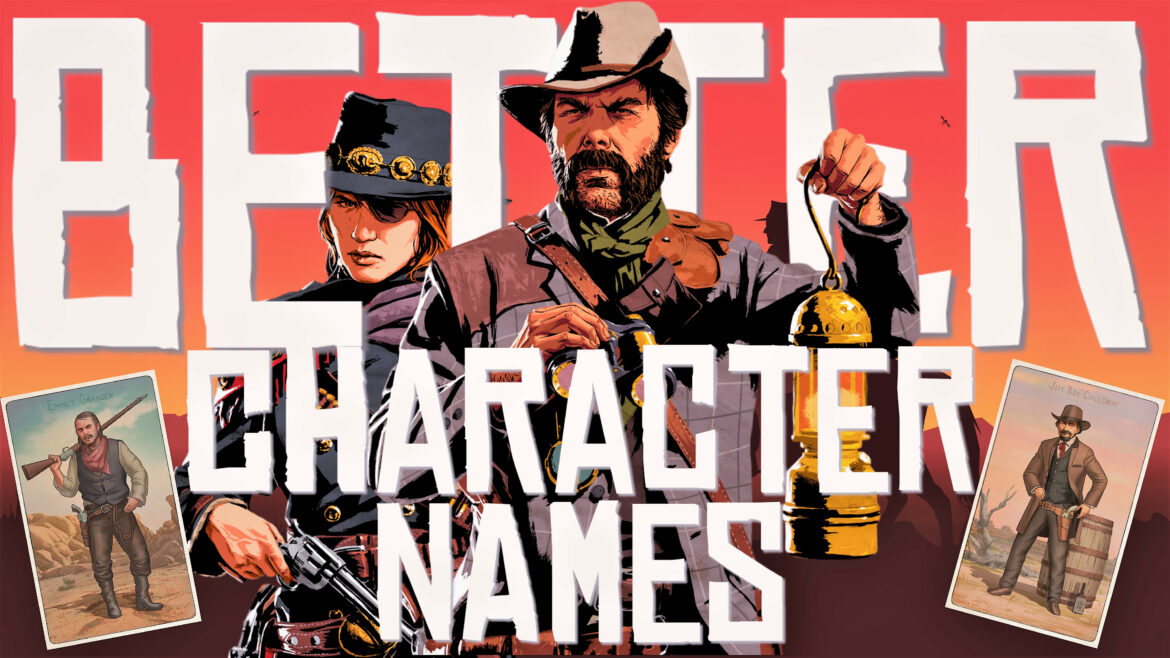 With this Better Character Names mod, you may relive the joy of discovering NEW and UNIQUE individuals throughout the whole area. Each PED model’s name has been altered from STRANGER to a more realistic one depending on their title, look, and vocation, while remaining faithful to the LORE.

File credits
SergeantJoe for the scripting.

With BETTER CHARACTER NAMES, you can experience RDR2 all over again with the thrill of finding NEW and UNIQUE characters across the entire map. Each PED model has had its name changed from STRANGER to a more accurate name based on their title, appearance and occupation whilst staying true and LORE FRIENDLY.

NOTE: The PEDs seen in the GIF above are just a FEW of the MANY personalities in RDR2. I won’t be able to show them all. Furthermore, I wouldn’t want to detract from your experience by highlighting all of the new name changes.

As you go through your quest, you will come across individuals whose names will change based on their title, look, employment, and location, among other things. As a result, even though they are most likely strangers to you, the STRANGER label will no longer apply to them.

In the Saint Denis slums, for example, you will encounter names that correspond to a lower socioeconomic stratum inside society. Names that match a more wealthy location inside the main district, on the other hand, may be found.

Currently, there may be a naming mismatch for some PED models… (For example, the Station Clerks) This is due to my inability to change the titles that display when you are within a set radius of a given character (For the PED models that do have the pop up within radius name feature)

On my end, I can just rename the PED to what it says in the title. However, since certain PEDS are utilized elsewhere, this may cause misunderstanding later on. There is also the possibility that this applies to gang members and/or lesser characters in the novel.

This Better Character Names mod was tested after the tale was completed and is recommended to be used at that time.
I haven’t tested the mod in the narrative yet, but I suspect the problem I mentioned above may pop up here and there. Nonetheless, it should be uncommon (hopefully).