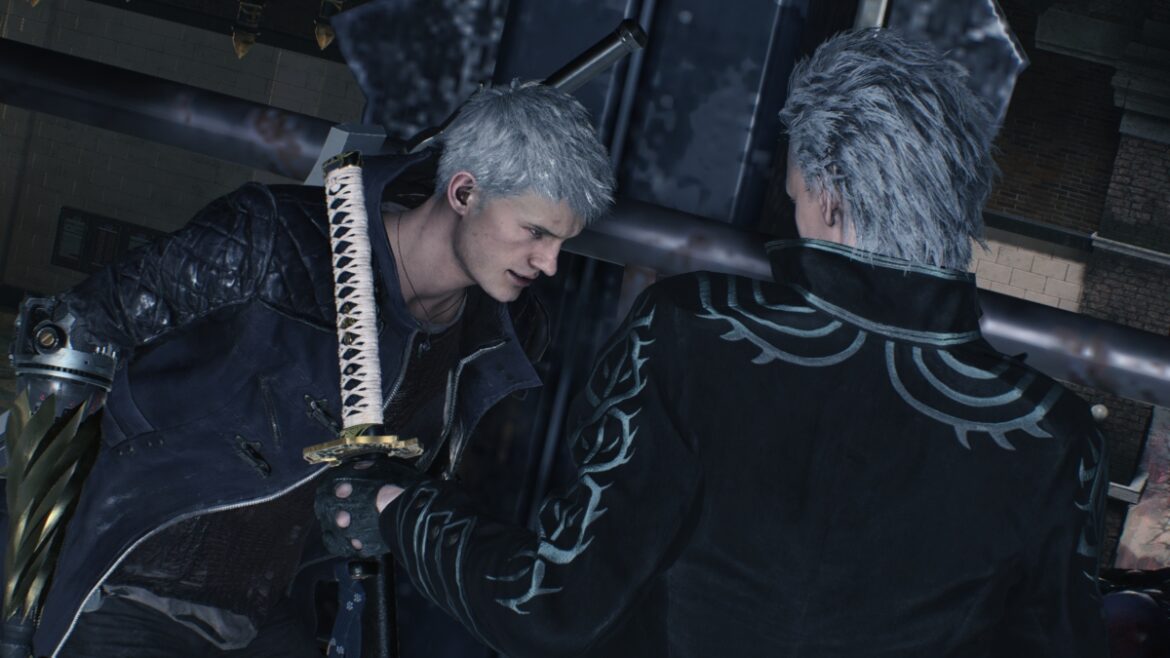 With DMC5 Co-op mod, you can play as Nero, Dante or V in any mission of Divergence Mode. More playable Co-op missions and Bloody Palace Co-op with up to 4 players (Nero, Dante, V and Vergil). Of course various graphics options and a Boss Swap feature for M19 and M20 and ability to adjust dirt level. You can also force Battle Background music. Rock it!

Known Issues: Lack of BGM and wrong credit fight scene depending on setting.

EXPERIMENTAL FEATURE, BACKUP SAVE FILE BEFORE USE

You can choose the missions between Default, Clean, Dirty 1, Dirty 2 for your character’s dirty level. You can change it in the Main menu.

With DMC5 Co-op mod, you can force the Battle Background Music to enable or disable. Assured to you that it doesn’t affect Boss BGM.

Changes the pause menu to a floating menu WHILE CONNECTED to another player. Get assured that the floating pause menu does not pause the game nor disconnect during online play. DISABLE IF YOU WANT TO DISCONNECT ON PURPOSE BY PAUSING THE GAME.

DMC5 Co-op mod helps you set the timeout for disconnecting from a co-op match from 60 seconds down to 0. As known, you can instantly reconnect when unpausing the game.

Automatically and instantly skip: the intro slideshow (any preset), interactions (e.g. picking up a Nidhogg parasite) and/or cutscenes.

DMC5 Co-op mod enables you to import a savefile from another Steam user:

WE ARE NOT RESPONSIBLE FOR THE LOSS OF ANY DATA/SAVEFILES THAT RESULTS FROM THE USAGE OF THIS TRAINER, ALWAYS BACKUP YOUR SAVEFILES.

CMD5 Co-op mod lets you start a Bloody Palace run from any stage: You now can freely set the stage, character, remaining time, player HP and DT, then click SET and press Continue in the title screen or main menu.

PRESSING THE SET BUTTON IS NOT RELATED TO CO-OP OR DIVERGENCE IN ANY WAY, it’s only necessary for using this feature.

The matchmaking in Bloody Palace

The following rules of DMC5 Co-op mod apply for the matchmaking in Bloody Palace:

DMC5 Co-op mod allows Vergil to participate in co-op sessions with up to 3 other players (Nero, Dante and V) at the same time (excluding Mission 7 and Mission 13, since he would be invisible to vanilla players).

Experimental, Fearture, Backup savefile before use.

Enable before selecting a mission/Bloody Palace.

For optimal matchmaking, it is recommended that the player who plays Vergil unpauses/starts the mission/enters the next Bloody Palace stage FIRST and that the other players join him ONE BY ONE.

Vergil´s Summoned Sword attacks will not visually sync in co-op (they can still be used by the Vergil player freely though and will interact with enemies properly).

Doppelganger and World of V are disabled during co-op to improve stability and prevent game breaking bugs.

The “Starring” UI element will not be shown for the 3rd player joining a user in 4 player co-op (which is only a visual bug and doesn´t influence gameplay at all).

Q1: What game version is supported by the trainer?

Q2: Will the remaining missions/BP stage 101 be added?

A: In Mission 6 Gilgamesh´s movement within the stage is not synced properly between players.
Mission 18 has issues with both the AI and the HP of the bosses not syncing properly. Mission 19 to 20 and BP stage 101 have an issue with Vergil´s AI being stuck for one of the players constantly in co-op.

Q3: Why do the Helltree cores (red blood sacks) and other objects like the lava escalators in Mission 8 not sync properly among players?

A: That is, again, a limitation of how Capcom set up the mission, some Helltree cores sync fine in a few missions, but not at all in most.

Q5: Can I have the character selection features of the trainer without having to play co-op?

A: Yes, just disable the Network in the game´s setting.

Q6: I cannot find anyone online to play Co-op with

If you are looking for more Devil May Cry 5 mods, check out these ones right here: