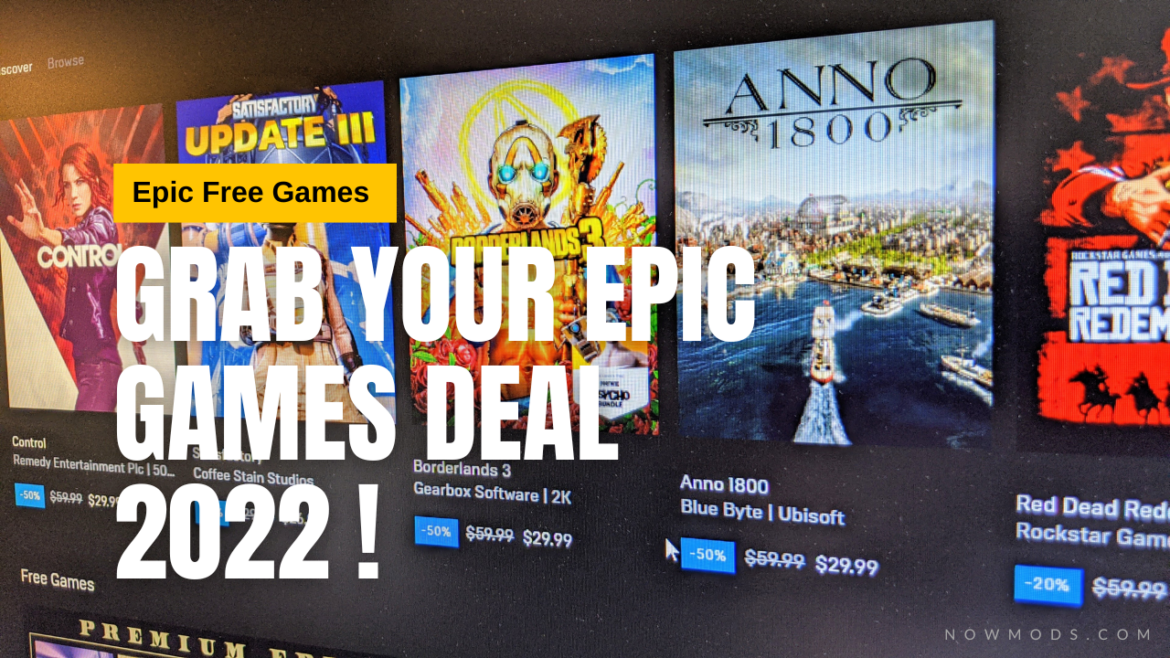 The list of Epic Free Games available in 2022 is off to a good start. With the reboot of the Tomb Raider trilogy. This article contains an update on the hottest free games in 2022.

Here is a list of visually appealing and dramatic 2022 Epic Free Games that you will enjoy.

The base game, Tomb Raider Game of the Year Edition, is a more brutal take on Lara Croft’s journeys. Along with Tomb of the Lost Adventurer, single player skins for Lara and four other characters are included. The base game allows you to spend hours immersed in the remaining jungles. Level up Lara to gain new abilities and explore the location of numerous collectibles.

Rise of the Tomb Raider

Rise of the Tomb Raider: 20th Anniversary Celebration – Lara is pitted against Trinity, a ruthless organization. As she pursues another mystery, so does the title’s Season Pass. New Blood Ties story, classic skins, and more have been added.

Shadow of the Tomb Raider

Shadow of the Tomb Raider: Definitive Edition accomplishes EGS’s first free-to-play game offering. An epilogue to the reboot trilogy of Lara Croft, as well as seven DLC challenge tombs. Along with all of the downloadable weapons, clothes, and skills that have been added to the game since its initial release. You’ll still have to navigate tombs, puzzles, and jungle environments while seeing Lara at her most ruthless.

A realistic action game is called Gods Will Fall. You take a band of Celts on a journey deep into the world of the dark gods. Strive to destroy them and their henchmen. The title is made stand out by beautiful artwork and a reciprocal party to your action. While its straightforward yet unforgiving gameplay guarantees that you’ll need to pick up a few tips before taking off its monsters.

A 4X sci-fi strategy game called Galactic Civilizations III was made available on the Epic Free Games last year. Here’s another opportunity to take part in its narrative promotion if you missed it. gives you free access to each faction’s lore. Additionally, there are sandbox maps with numerous ways to win and room for up to 100 opponents. politics, the military, culture, and technology. You can try your hand at building a potent fleet and economy. But it’s also feasible to construct thoroughfares that make movement easier and perhaps even participate in espionage.

Relicta is a first-person puzzle game using physics. To find out what’s going on at the lunar base, you’ll have to play with gravity and magnetism. Something with the power to alter human destiny. Players that are persistent will have no shortage of puzzles to solve as they explore the intricate and varied surroundings.

At its core, Daemon X Machina features exploding combat and customizable mechs. as a hired gun for the Orbital company. You must defeat powerful foes and AI that is corrupt. Fight to protect humanity’s existence. You have the option to duel with other players or play cooperatively.

6. The Impossible Lair and Yooka-Laylee

Another Epic Free Games – Platformer game Yooka-Laylee and the Impossible Lair is in 2.5D. In order to get to the fabled Impossible Lair, the team must climb through several levels in an effort to stop their archenemy Capital B. Each level features a unique collection of platform obstacles, additional level states, and a 3D underworld. It transports you across levels and has its own dynamics in addition to that.

The protagonist of the survival game Windbound is Kara. A warrior comes on the Forbidden Islands’ shoreline. after a storm struck her ship. You’ll need to look for resources, make tools and weapons, and engage in animal combat. Additionally, your boat needs to be rebuilt. This is a crucial step in traveling between the islands and learning about their history.

The first video game Josef Fares directed was titled Brothers – A Tale of Two Sons. Whom Hazelight Studios will continue to provide top-notch independent games for in the future. Two brothers are followed in the narrative, imitating a single-player co-op setting. With its touching narrative and challenging riddles, it became popular right away.

An ode to old-school JRPGs. The story of Cris Tales centers on the main character Crisbell as she battles the formidable Queen of Time. She assembles a devoted group to support her in fight on her escapades. Additionally uses time travel to guide her decisions.

It’s a twin-stick shooter called Black Widow: Recharged. Keep the original’s spirit while updating the graphics and gameplay. As a well-known black widow, you must defend your territory from the invasion of insects. Power-ups, 30 challenges, a minimalist neon design, and local co-op enable you to relive old memories. However, it still speaks to modern sensibilities for a Epic Free Games deal.

Centipede: Recharged updates the famous Atari game from more than 40 years ago as well. In case your longing for the days of the arcade wasn’t sated by Black Widow: Recharge.

Players in Dauntless receive three days of VIP club status with the Epic Slayer Kit. There is no reason not to enroll if you want to return to playing Monster Hunter-style games for free.

One of the best choices in the category is Cities: Skylines city builder. provides you with strong tools to sculpt cities and the land beneath them. Infrastructure development must take the demands of the populace into account. But if it’s more your style, you can also make everything into a cesspool of sewage.

A first-person psychological horror game is called In Sound Mind. gives you access to unpleasant recollections of victims who were exposed to a dangerous chemical. while presenting you with a variety of riddles and fear-themed monster fights to challenge you.

One of the more unique pinball games is called Demon’s Tilt. The table has a lot of hidden bullet hell features and a gothic, demonic appearance. You can also put yourself to the test by completing various side missions. Take on bosses and acquire ladders for various modes. Then, a final touch of nostalgia is added by the intricate pixel art.

A parody first-person game is called City of Brass. The wealthy seeker leads them through a city with an Arabian Nights theme as you assume the role of a robber. with a huge sword and a whip. While avoiding hazardous traps and looking for objects to boost your power, you will defeat skeletons and souls.

We have compiled a list of Epic Free Games for you to freely choose the right game for you. The games we mentioned above are well-known titles with captivating plotlines. Assist you in becoming the main character. Journeys to fantastical places. I hope you choose the proper game and enjoy it!