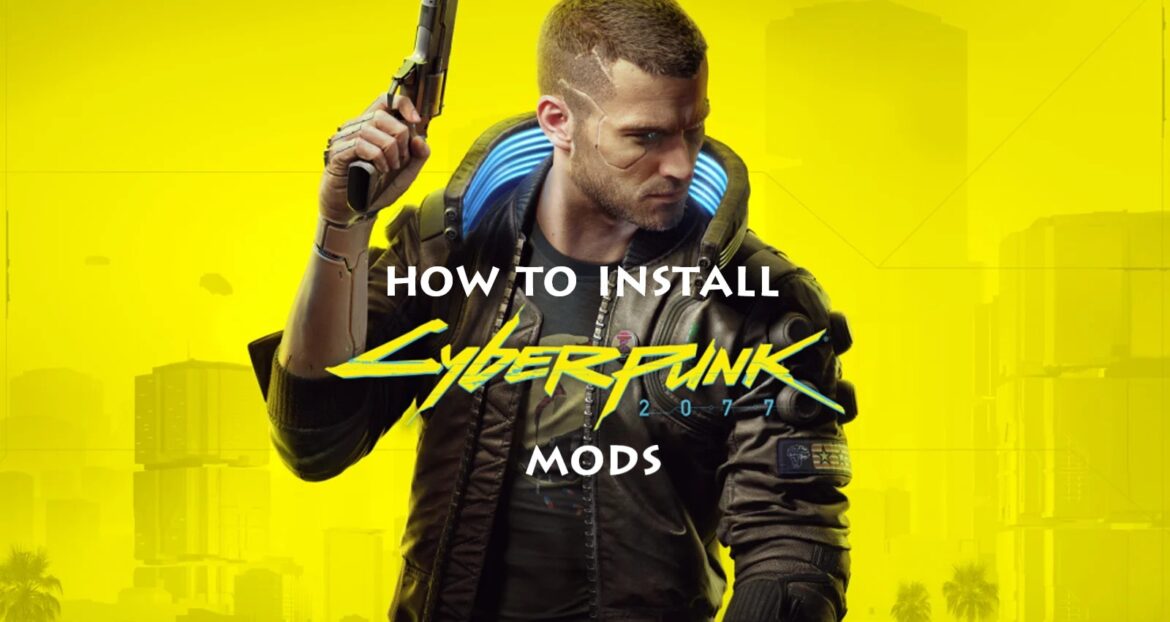 How to install Cyberpunk 2077 mods

Because Cyberpunk 2077 modding is still in its early stages, the ever-useful Vortex Mod Manager does not yet support it. It could be in the future, but not right now. Right now, the only option to install Cyberpunk 2077 modifications is to copy the files to your install folder.

The majority of modifications need you to download files that modify assets or add folders to your install folder. It’s as simple as downloading the files and putting them into your game’s installation directory. You’re most likely in the install folder if you can locate the Cyberpunk2077.exe and version.dll files.

1. Look through our homepage to find the mod you want to use in Cyberpunk 2077
To get the mod file, scroll down a little bit until you see the Download button:

2. You’ll need an unarchiving program to open the zip files the mod is stored in, so make sure you have 7zip, winzip, or winrar on hand.

3. Unzip the mod file’s folder and place it anywhere convenient for you, such as your desktop or downloads folder.

5. This will open the game’s files and directories, which should contain the game launcher as well as other folders such as “archive” and “r6.”

6. It’s possible that various modifications will need the folder you downloaded to be put in different locations. A cosmetic modifying mod, for example, may need you to put the mod folder into Archive > PC > Patch (and create a patch folder if one does not already there).

7. If the mod page asks you to replace any directories by putting in the mod file, make a backup in case anything goes wrong.

8. Launch Cyberpunk 2077 after pasting the mod files into the appropriate directories to see whether the mod is operating properly.

When switching from one version of the game to another, be cautious. If you’re playing Cyberpunk 2077 on Steam, be sure to switch off auto-updates. Make a backup of your game data and saves before upgrading the game to ensure that you don’t lose everything if anything goes wrong. Updates may often cause previous modifications to misbehave or even cause the game to crash, so be mindful.

Since the game’s release, Xbox users have been fiddling with the game’s files in order to find a way to create their mods. However, everything is stand still, and Cyberpunk 2077 mods for Xbox are not yet available.

Can I put mods on my Xbox One?

There is currently no way to use free mods in the Xbox One version of the game, due mainly to copyright issues. This means that you can’t download a mod on your PC and then transfer it to your Xbox. However, you can get mod-like content for your Xbox One version via add-ons.

Can you use mods on Xbox Series S?

At the moment, you’ll find that modding on Xbox Series X is limited. You can join this thread on Reddit for further informations: https://www.reddit.com/r/XboxSeriesS/comments/t3houv/cyberpunk_2077_xbox_series_s/

This mod by user yamashi will address many of the game’s existing performance problems and glitches. You may also use it to enter debug mode and execute console commands.

Simple Menu mod for Cyberpunk 2077 which improved user interface that provides gameplay, cheats, and utility features to be executed by a press of a button!! More especially, this mod also includes hotkey functionality.

This isn’t a big deal since you’ll practically never see yourself once you’ve created your persona. Unless you spend a lot of time in front of the mirror. In such case, you should install this mod, which will enable you to change the appearance of your character.

Appearance Change Unlocker mod will unlock the new 1.5 Appearance Change Mirror to change the whole appearance such as voice, facial, features, and your body. The player is allowed to save your character presets.

Have you ever thought the minimap in a game to be frustratingly useless? The Better Minimap hack lets you change the map’s transparency and zooms out while you’re driving fast, enabling you to see around corners.

This Modular Gloves Collection mod replaces different middle things with gloves. You can pick yourself which middle thing will be supplanted and add different gloves to one or two hands.

A compiler, a decompiler, and a disassembler are part of a toolset for dealing with scripts. Let’s have a look at what’s in Redscript — the Cyberpunk2077 script compiler.

If you found this article How to install Cyberpunk 2077 mods is useful, read more MODDING GUIDES: