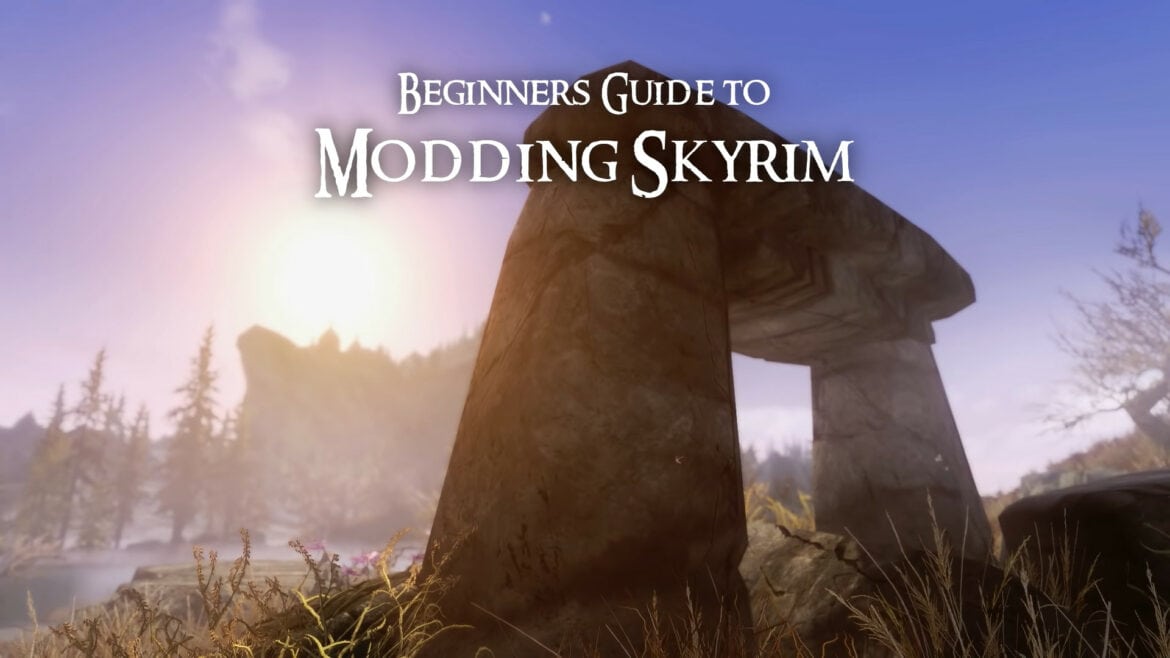 Beginner’s Guide To Install Skyrim Mod on PC and Console

Modding may be enjoyed by both console and PC users. This tutorial will cover all of the fundamentals. Bethesda games are recognized for a variety of things, including fantastic wide environments, user-friendly design, and a slew of flaws. Since the release of the Special Edition of Skyrim, there has been one more addition to that list: modding.

Why you need to mod Skyrim ?

Mods developed by users are considerably more than just armor packs or ridiculous texture changes. Some modifications solve important flaws that Bethesda was unable to fix, while others offer as much material as official DLC. If you want to modify anything in Skyrim, there’s always a mod for it.

Isn’t magic thrilling enough? Set up a spell pack. Do you wish to play a character that isn’t a Dragonborn? There are modifications available specifically for this purpose. Do you want Thomas the Tank Engine trains to replace every dragon? There is, however, a mod for it as well. Skyrim mods let you to bend and break the game in whatever manner you see appropriate.

Modding a video game for the first time can seem rather confusing. Most Skyrim modders use abbreviation terminology to discuss certain aspects of modding. Here are some common phrases:

Where can get the Skyrim mods ?

While there are hundreds of websites that provide Skyrim modifications, most modders only utilize a handful of them. Here are two websites where most fans acquire their mods:

How To Install Skyrim Mods On Console

Mods are incredibly simple to install on a console.

How To Install Skyrim Mods On PC

PC users may install modifications in a variety of ways:

The majority of PC users choose the second choice. Before you start installing modifications, let’s go through how to handle them and why it’s so crucial.

When you install a Skyrim mod, it is added to a list of files that the game need to load. This is often known as your “load order.” Skyrim’s engine has a hard limit of 255 master and plugin files that may be loaded simultaneously. Modders have devised workarounds for this limitation, which we’ll discuss in the “Useful Modding Tools” section. For the time being, bear this restriction in mind.

When using numerous modifications, load orders become critical. Skyrim loads data in a sequential manner, which means that modules listed lower on your load order take priority over those listed higher on your list. This might be an issue if you have two modifications that do the same thing. For example, if you have two modifications that affect a town, the town mod at the bottom of the load order will always be used. This clash might cause missions to break, items to clip through each other, or the game to crash.

It is critical to ensure that your mod load order is accurate in order for your modifications to function properly. There are three popular methods for modifying your load order:

PC gamers should install a mod manager as soon as feasible. Mod managers can help you install and maintain modifications. More crucially, most mod managers implement their modifications using a virtual file system. This means that compatibility issues and modification blunders will not ruin your Skyrim installation.

The most often used Mod Managers is Mod Organizer 2: The gold standard. It’s highly stable, uses a profile system to allow for multiple mod configurations, and has well-documented tutorials on using it.

YouTuber GamerPoets has excellent tutorials on how to use MO2 that you can watch here.

ENBs are for PCs only. Console players should skip this section

ENBs, which stands for Enhanced Natural Beauty, is a graphics package that uses post-processing effects and other elements to increase the visual accuracy of Skyrim. These modifications need manual installation, thus they are only available to PC users. Some ENBs are quite resource-intensive, but the visual gains they provide are nothing short of amazing, making Skyrim appear like a modern-gen game. Consider adding an ENB if you have a few frames to spare for enhanced graphics.

How To Install An ENB

An ENB needs a collection of binary files, which are available at enbdev.com. You’ll need to download a distinct set of ENB files for each version of Skyrim. The ENB files used in the Anniversary Edition are the same as those used in the Special Edition. Download the necessary ENB files depending on the version of Skyrim you own:

Download the most recent version. After downloading, go to Skyrim’s root directory folder (where the .exe file is located). Once you’re in there, copy the following files to your directory:

If you like, you may copy and paste any file in your root directory, but these are the only two files required for an ENB to operate.

Your ENB is ready. Boot up Skyrim to check out your new mod.

When you run Skyrim with an ENB enabled, you may manually modify the effects of your installed ENB by pressing “shift” and “enter” at the same time. This will open an ENB menu where you can change almost everything the ENB does. If you don’t like anything about your installed ENB, you can modify it using this menu—as long as you know what it is.

How to eliminate black bar effects on your ENB is a typical modification that gamers search into. If you install one with this effect and want to get rid of it, search for the “LETTERBOX BARS” parameter and change it to “0.” The bars surrounding your screen will be removed as a result of this.

If you’re having difficulty navigating the menu in-game, you can also alter these settings in the enbeffect.fx file.

If no such information exists, consider the following technique:

This will help you quickly narrow down which mod is causing issues. Checking for compatibility patches between mods is also a good idea.

This section is for PC modders

Once you’ve gotten the hang of modifying your game, there are a few advanced modding techniques and applications you may try. We won’t go into depth about how to use each software in this article, but they are tools worth investigating.

We recommend some Skyrim mods for you: