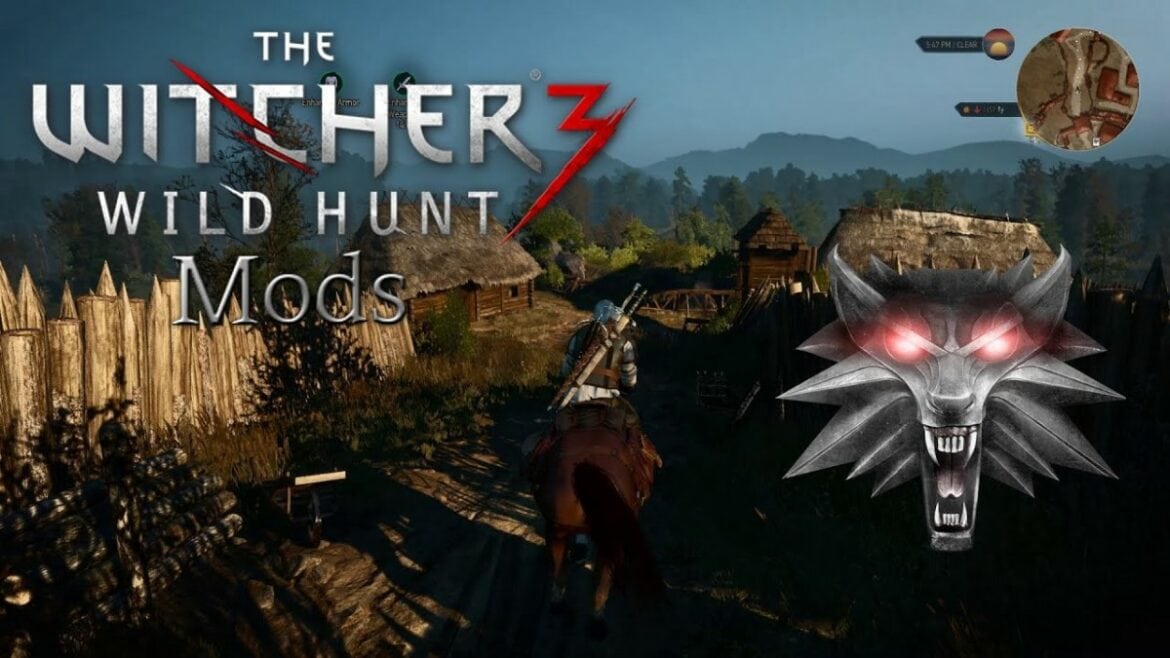 How to install The Witcher 3 mods with specific instructions

Obviously, The Witcher 3 is best experienced on the first playtime. However, once you’ve completed it, there isn’t much in the way of replay value. Given that you already know how the narrative ends, are you sure? That’s where mods for The Witcher 3 come in. I’ll skip the discussion of modding because you’re probably already familiar with it thanks to Skyrim. What I’ll go over is how the Witcher 3 modding on the Red engine works. The good news is that CD Projekt Red is a strong supporter of the PC community, therefore their game has been optimized and made mod-friendly. It’s still a little difficult to pull off, but it’s not impossible.

1. Make sure your game is NOT installed in Program Files and no active overlays are running

Yes, Program Files (x86) and Program Files (x86) are the same. Why is this the case? By default, most game clients recommend installing there! True, but there’s a difference between an unmodified and a modded game. When a game gets modded, there are numerous more files that weren’t included in the first place, such as overlays and standalone engines (such as Reshade), and it’s important to guarantee that the system has full access to all of them. Because Program Files is a system folder, modded games can frequently become corrupted without your knowledge – to avoid this, put your game somewhere other than Program Files. If it’s the same driver that came with your Windows installation, that’s fine as well; just don’t…well, you get the idea:) GOG is DRM-free, which means you can install your game wherever you like – it doesn’t have to be in the GOG directory. If you’re using Steam, you can simply create a new Steam directory in Program Files and install Witcher 3 there.
Disable Steam overlay, GOG overlay, various things like Afterburner, etc. – most overlays can mess up Reshade and other items, causing unnecessary problems with a modded game. NVIDIA overlay is known to work well, so you can use that lovely Ansel for panoramic screenshots whenever you want.

2. How to install TW3 mods at all? Is there some kind of mod manager?

Unlike modding in the TES/FO series, Witcher 3 mods must be installed manually. Why is this the case? For example, all mods in Skyrim are placed in the “Data” folder, which is a single directory. So, regardless of the mod’s folder layout, it always ends up in the Data folder (apart from ENB files, which you must manually install in TES/FO games). Mods in Witcher 3 include [three] alternative locations for mod files, plus some sophisticated mods require the player to forward hotkey settings into the controls file configuration. Finally, because mods are commonly packaged in a variety of ways, any mod manager will, sooner or later, but eventually, muck up mod installations, causing problems and confusion. Yes, numerous mod managers (NMM, Vortex, MO2, and Witcher 3 Mod Manager) officially support TW3, however in practice, if you want your modded game to operate properly, you must install them manually. Furthermore, because all files are housed in each mod’s own folder, the way TW3 mods handle their file structure prohibits direct file overwriting when installing the modules into the game folder. Install TW3 mods manually once more. If you utilize the mod manager, I won’t be able to help you with any issues.

3. Defining the game directories where the mods will be installed. Remember them, or just refer to this step later if needed.

You own Witcher 3 in Steam, but it’s not GOTY?

We’ll need to apply a patch to downgrade your game version because Steam doesn’t allow players to do so (which GOG does, and which, among other things, has prompted me to move to it recently).

As previously stated, the Steam GOTY edition is not a “true” GOTY, and this is where the next patch comes in useful!

When it comes to mods, The Witcher 3 is a bit “erratic.” There is no strict restriction (like 255 plugins in Skyrim), but the game can go crazy with any quantity of mods, even a few – this includes lengthier loading screens (or full stucks on them), freezes, crashes, and a broad range of other strange bugs. It used to be incredibly time consuming to get around this because the only way to do so was to manually integrate mods, which often resulted in new problems. No longer! The Mod Limit Adjuster is a simple engine fix that allows you to run as many mods as you wish.
Install Ultimate ASI Loader first (it’s essential for Adjuster to function). Download the most recent x64 archive (specifically, the “Ultimate-ASI-Loader x64.zip” file, which is currently at version 4.59). It needs to be unpacked.

8. Launch the game once before installing mods themselves

Simply start the game once (no need to start the walkthrough; simply play until the main menu appears, then exit) to ensure that all base game configuration files are generated.

10. Check your game after each few mods installed

After each few mods installed, perform at least a basic check (open the game – load a test save – quick travel somewhere/start a random conflict) from time to time when modding. This is necessary to avoid scenarios where something goes wrong (wonky script merging, improper mod installation, etc.) and you have no idea what went wrong or when it happened because you last checked your game 50 mods ago. Simply check your game frequently enough to maintain your hand on the pulse.

It’s a simple yet powerful text editor that’s similar to Notepad on Windows, but much better. It’s really comfortable to use and allows you to easily and comfortably modify various configuration files (which you’ll need to do at least a few times) as well as things like.ws and.xml files (mod files if you want to edit them). It’s free and dependable, and it’s been there for a long time, serving millions of people.

Don’t be fooled by the name; it’s an all-in-one tool for resolving Witcher 3 mod conflicts. Overwriting models and textures, mod load order, script conflicts, and xml conflicts are all resolved and resolved with the help of this single excellent utility. Download the archive, unpack it, and save it to your desired location (just not in game folder and not in Program Files). Look for WitcherScriptMerger.exe within the folder and run it to set up your game directory if it doesn’t discover it automatically. Make a shortcut to this program on your desktop, quick launch panel, or other convenient location; you’ll be using it a lot if you’re installing more than a few texture mods and a Reshade preset. It is required that you watch the tutorial video below.

2. Develop this good habit when it comes to TW3 conflict solving

Don’t report “script compilation error” concerns to mod authors as “bugs” – in fact, don’t report them at all. The user is solely responsible for resolving script conflicts between distinct mods, and if an error occurs, it is almost often the result of improper script merging. Mod authors should not, and simply cannot, assist in such circumstances – as someone who is altering the game with a wide variety of modules, authors just cannot be aware of every possible conflict. Tldr: Reporting “bugs” on the mod page would just mislead other players and lead to yet another report of an issue that has nothing to do with the mod itself. Re-do the script merging and look for places where you might have made a mistake, think about it a little – and you’ll be OK! <3

You can watch this video for more specific guide: https://youtu.be/YVLpNm-WZzw

The List of Best Witcher 3 Mods You Should Try

Witcher 3 Inventory Weight No Limit – Over...