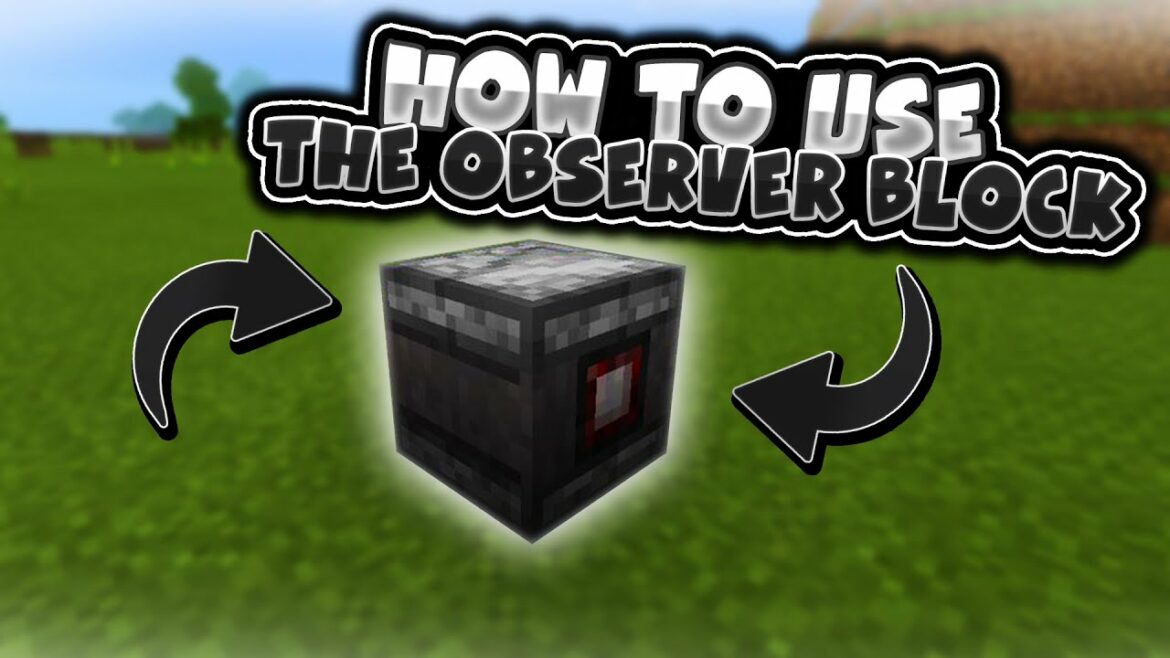 Everything You Need To Know About Minecraft Observer

The most versatile block in Minecraft that uses Redstone is the Minecraft Observer. Along with several of its own CCSs. Redstone devices are one of the latest modifications to the kinds of things that players may construct and utilize in the game. It is at this point that this block enters the picture since it is essential to practically every Redstone device. Players can transmit an active signal to another block or object to automate it using the Redstone component.

It may be used both independently as an object and in many blocks. When put together in a certain manner. Redstone machines may be created by players in countless variations that operate automatically or that need the pulling or pushing of a lever.

Everything you need to know about Minecraft Observer

To develop and play Minecraft Observer, you must understand the information below.

A block that produces a Redstone signal when the block or fluid it confronts undergoes a change is called an Minecraft observer.

A pickaxe is needed to mine an observer. It doesn’t yield anything when mined without a pickaxe.

How to craft Minecraft Observer block

The block may be readily created by players with the use of three things. This building element belongs to the Redstone family. Six cobblestones, one quartz, and two Redstone dust are needed.

The block’s specific crafting recipe is shown above. Redstone dust may be readily obtained by mining Redstone ore blocks. And Nether Quartz ore chunks contain quartz, which may be found there.

How to use the Minecraft Observer Block

Once the player has created one of these blocks, they may be utilized to build a variety of Redstone devices. A Redstone signal is essentially transmitted and seen by an observer. When it observes any modification in the block area in front of it. Every time it notices a change, the block emits a signal of level 15 into the air.

A face-like texture can be seen on one side of the block as the player places it. Any modifications to the block area in front of it will be visible from this side, which is keeping watch.

The block will only transmit a signal if the block area next to the watching side changes, so keep that in mind. It won’t have the ability to see past it.

For instance, they set up sugarcane and link a piston to an observer block one block above the ground. Each time the sugarcane in front of the building expands. Redstone dust will be used to notify the piston, and the piston will then damage the crop.

Players will have a functioning sugarcane farm when this process is performed automatically.

If these blocks are positioned across from one another. They will keep monitoring one another continuously and deliver redstone signals at predetermined intervals. Players may use this to create a little redstone clock.

Players can employ the Minecraft observer block in a number of different ways in this manner. Like building a flying machine or any other type of autonomous farm. Almost all Redstone devices require these blocks to function.

While observers are capable of detecting various block states, they are unable to recognize block updates. like how a chest opens and closes. Block modifications that the block can or cannot detect are many. Additionally, it differs between Java and Bedrock Edition.

The block can also be used for note blocks in addition to its primary function in the game. A note block that is positioned above the Minecraft observer plays bass drum tones.

An observer in Java Edition recognizes the breaking or placement of a block as well as changes in the block states of its target. As a result, because they are a component of the block states, changes like the age of crops may be recognized.

Between Java Edition and Bedrock Edition, there are differences in the causes and propagation of block modifications. Each is able to recognize some alterations that the other cannot. Consider the contrast in the table below.

The observer releases a Redstone pulse of great strength at level 15 for 2 game ticks if it finds something. A Redstone comparator, Redstone dust, and a Redstone repeater may all be powered by the pulse. Or any part of the mechanism that is situated at the opposite end.

The pulse in Java Edition is released with a 1 Redstone tick delay. Due to MCPE-15793, it is actually delayed by 2 Redstone ticks in Bedrock Edition even though it is only intended to be delayed by 1 tick. Redstone delays that are triggered by world changes are inaccurate due to a problem. as opposed to the ticking of pure Redstone components. MCPE-73342 may potentially result in timing errors.

When the observer itself is displaced by a piston, it also counts as a block update. When this occurs, an observer only produces a pulse when it is being pulled or pushed, not before. They can therefore be utilized in flying devices.

Despite the fact that they block light, observers function in a similar way as transparent blocks in that they cannot be fueled by an outside source or by the output they produce.

Because observers in the Java Edition detect block state changes rather than block updates. They are capable of detecting a greater variety of occurrences than Java Edition’s block update detector (BUD) circuit. Block updates are picked up by observers in Bedrock Edition, but block state changes are not. As a result, they pick up on everything that any other BUD in that edition would pick up on.

You read the article up above to discover more about Minecraft Observer. Detailed instructions on how to create and use them. I hope you find these recommendations helpful. I hope you enjoy gaming. View more MINECRAFT GUIDES like this one on our website.

How To Make An Iron Golem in Minecraft 2022