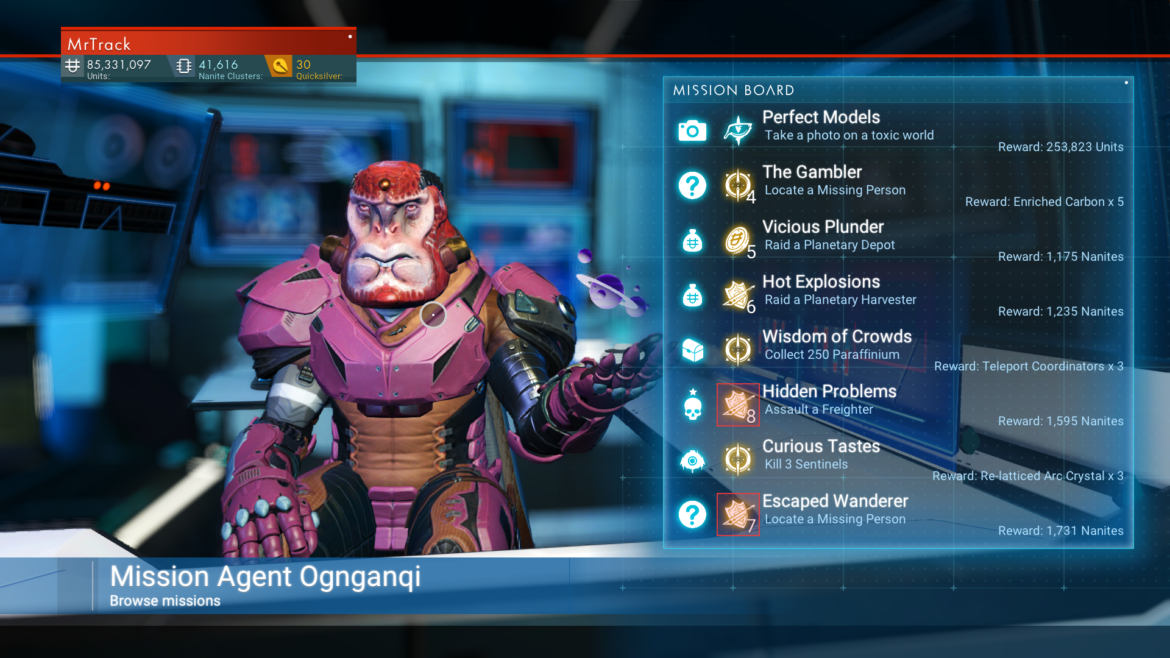 With quicker word learning and more resource collection possibilities, this Better Rewards mod boosts the amount of cash you get. Expeditions by Frigate (Freighter) are also included!

Better Rewards boosts the quantity of units, nanite clusters, and quicksilver you get for completing missions or interacting with environment items. Non-npc word learning is also quicker (e.g., knowledge stones, monoliths, and dictionaries). Frigate (Freighter) Expeditions are now available as a standalone mod!

Every patch have 4 versions:

Currency gain is typically multiplied by five, making it a viable alternative in addition to creating and selling valuable tradeables. To make the early game less grindy, several unit values were greatly raised (for example, from 1000-2000 to 20000-50000), such as terminals in abandoned villages.

When collecting using the mining beam, you often acquire three times the amount of resources (but only when the things explode as you mine them). Containers, depots, guild awards, asteroids, and ships that drop materials are also included.

Make sure you delete or edit DISABLEMODS.TXT in your game library

before trying to use mods. Extract the zip file to

folder and you are good to go (Create MODS folder if you don’t have one).

Alternatively you can just use Vortex to download and install.

Links for the guide: https://notepad-plus-plus.org/downloads/

You can browse for more No Man’s Sky mods right here: