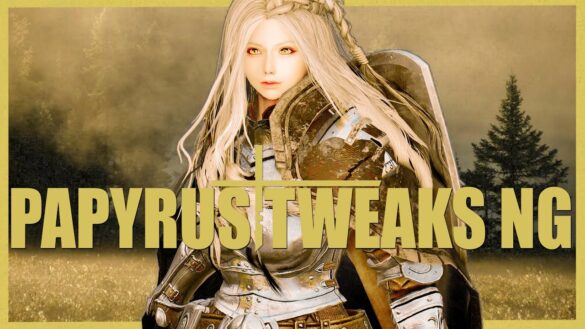 This Papyrus Tweaks NG plugin is a good mod for Skyrim players when fixing, tweaking, and performing improvements to Skyrim’s script engine. 100% configurable. You can Install/Uninstall it anytime.

Amorous Adventures PLUS – OStim and OpenSex Edition: highly recommend using this mod to help you fast the script runs.

Notes from the Author

Everyone who contributed to CLIB. Seriously, CLIB is an amazing framework to build SKSE mods off and none of this would be possible without it.

This Papyrus Tweaks NG is a collection of fixes and tweaks to the Script Engine (not increase or decrease FPS at default settings.)

These settings can be configured in PapyrusTweaks.ini (in Data/SKSE/Plugins). It automatically generates if missing and new settings will be appended to the file with feature updates.

It defaults to false.

Scripts in Papyrus Tweaks NG will only run in tasklets that aren’t on the main thread most of the time, hence functions like “Game.GetPlayer” or “Formlist.GetAt” needing to be synced to framerate for thread safety.

The speeds up most of those in this experimental tweak call syncing them to a spinlock instead of framerate, greatly improving script performance for most scripts. By default, only the read-only/getter functions are sped up this way (ex: “HasKeyword”, “IsLoaded”, “GetWornArmor”, etc.) as they are much safer than functions that alter the game in any way (ex: “EquipItem”, “RemoveItem”, “MoveTo”, etc.) as those could have issues if run multiple times in one frame.

If loading is corrupted save, Skyrim can throw a message box saying “The save can not be loaded” despite already loading into the game. Because the game is missing some script data (not saved), but not in your current play session (ex: Uninstalling a mod and having leftover scripts in the save, but not in the game). So this experimental setting bypasses that callback that could normally kick you out of saving.

Warming: This will NOT fix a broken save, just allows you to load the save no matter what information is lost. ONLY USE AS A LAST RESORT TO RECOVER A SAVE YOU HAVE BEEN WARNED!!

VN is stressed with over 100+ events queued up for processing, it will ignore any memory limit set iMaxAllocatedMemoryBytes until it can chew through enough events to bring that number down. So this experimental setting keeps ignoreMemoryLimit flag set (allowed to use as much memory as it needs all the time). If you plan to enable this, I strongly recommend getting Recursion Monitor. This setting also makes iMaxAllocatedMemoryBytes in Skyrim’s INI redundant.

Disable Scripts In Playroom (VR only)