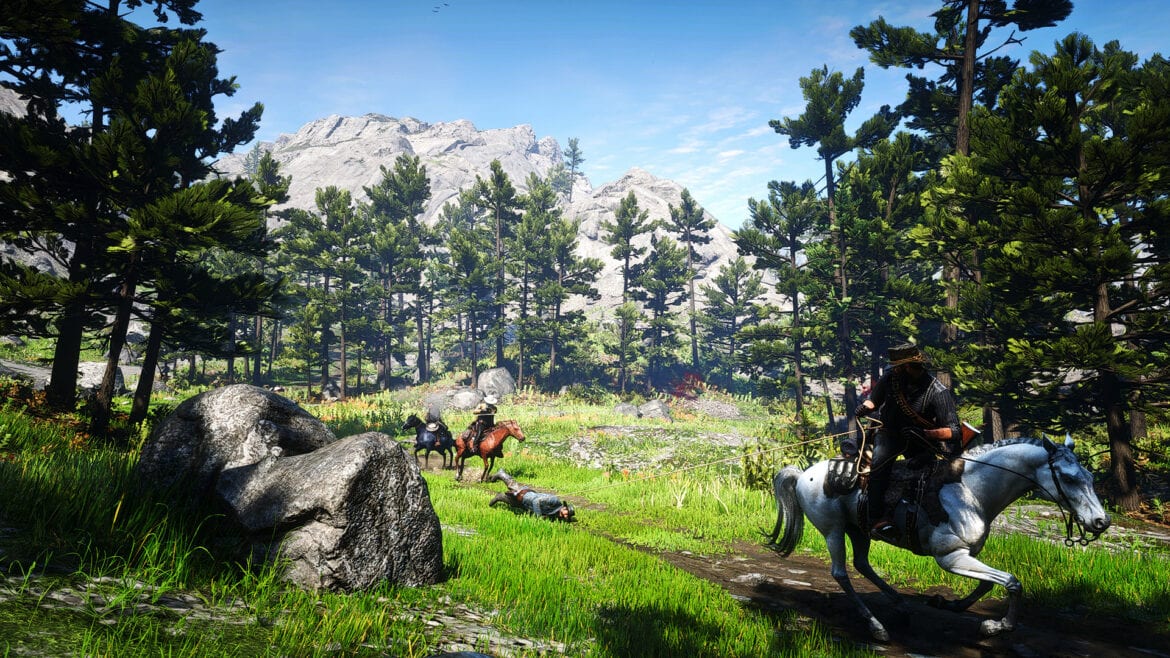 Ped Damage Overhaul mod make the fight and violence interactions in Red Dead Redemption 2 (RDR2) become more diverse, livid, and interesting in their own way. It makes the NPCs behave get shot like stumbling and falling when running with a hurt leg, squirming on the ground when injured, lying moaning in pools of their own blood, and much more.

❗️ Some notes from Author:

This author has not provided any additional notes regarding file permissions

Once you apply this mod to the game, you will find the NPCs stumbling when trying to run with hurt legs. It gets the wind knocked out of them when getting shot and squirming on the ground when fatally injured. Moaning in the pool of their own blood until face at the death. Even clutching their wounds and stumbling around when hit,… you can see there are many interactions on them

The same features as in the Light version, however, this version have some other additions

Features same as in the standard version and add some others

👉 If you like playing Red Dead Redemption 2, you can check out other mods here:

How to install The Witcher 3 mods with specific instructions