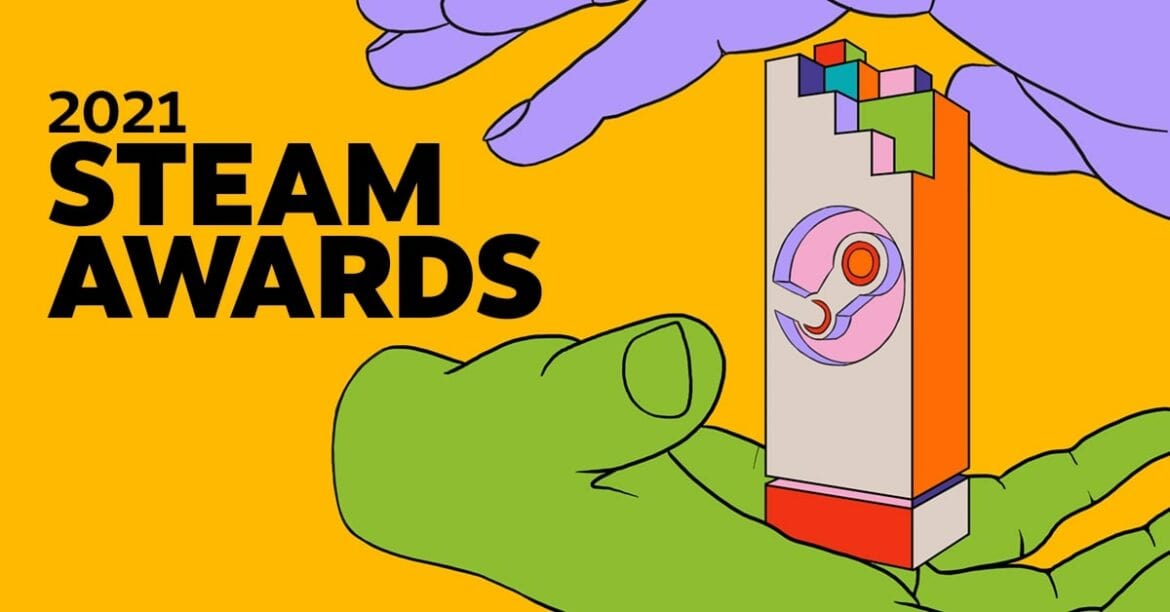 Resident Evil: Village wins Game of the Year in the Steam Awards 2021

The results of the Steam Awards 2021 are finally in, after millions of people voted for their favorite games over the past week. Awards were given out in ten different categories. To say the least, 2021 has been a strange gaming year. Many big titles, such as Battlefield 2042, failed to impress, while surprise titles, such as ‘It Takes Two,’ wowed everyone. Cyberpunk 2077 rose from a shaky start to become one of the best RPGs.

Perhaps it was the immersive gameplay, the gripping story, the well-crafted characters, the flawless design, or the addictive multiplayer. Whatever the reason, this year’s Game of the Year Award winner is an instant classic.
👑Resident Evil Village is, of course, the game featuring Lady Dimitrescu, the tall vampire we hoped to see more of in the future. In our 85 percent review, we called it “a grimly beautiful collection of killer horror set-pieces, with some of the most memorably grotesque enemies in Resi history”—not quite a Game of the Year score, perhaps, but what fun would these things be if they were unanimous?

The VR Game of the Year isn’t just a spoof of regular reality. This Cooking Simulator VR game improves on reality by utilizing the medium of virtual reality and pushing the boundaries of the virtual realm.

Terraria has been available for some time. The team has long since outgrown their creative child, but like good parents, these developers continue to nurture and support their creation. Even after all these years, this game is still getting new content.

Some games just don’t feel the same when you play them by yourself. Perhaps you should enlist the assistance of a friend to keep an eye on you. Maybe you need to have a friend that you can stab in their back. In any case, those who gather their friends and play It Takes Two will have a good time.

Visual style does not aspire to real-world graphical fidelity (though this is a noble goal in its own right)… It refers to a distinct look and feel that pervades an entire game. The winner is Forza Horizon 5!

This game’s designers are at the forefront of creative experimentation, bringing a fresh perspective and mind-bending surprises. This Deathloop game delighted, inspired, and entertained in ways that had never been seen before.

This is not a game for the faint of heart, but it does reward perseverance. It’s the most difficult game we’ve ever enjoyed – Nioh 2 – The Complete Edition

This underappreciated hero deserves to be recognized for its exceptional musical score. It’s the OST with the MOST Marvel’s Guardians of the Galaxy

Some days, only a narrative-driven game will do, and this one packs a punch. It’s as engrossing as a soap opera and as well-crafted as a prestige-TV script. Congratulations on making us feel things, Cyberpunk 2077!

This game is the perfect antidote to a long day. It’s smooth, relaxing, and allows your worries to melt away. Farming Simulator 22 is your zen moment.

Unlike other congratulatory extravaganzas (such as The Game Awards), the Steam Awards are nominated and awarded entirely by user votes. It is also not required for nominees to be 2021 releases: For example, Cyberpunk 2077 was released in 2020, whereas the entire Labor of Love category is dedicated to games that have been around for a while.
All of the 2021 Steam Award winners are now available in the Steam Winter Sale, which is coming to an end soon: It concludes on January 5 at 10 a.m. PT/1 p.m. ET.

All credits go to STEAM AWARDS

Here is some more Resident Evil mods you may also like: