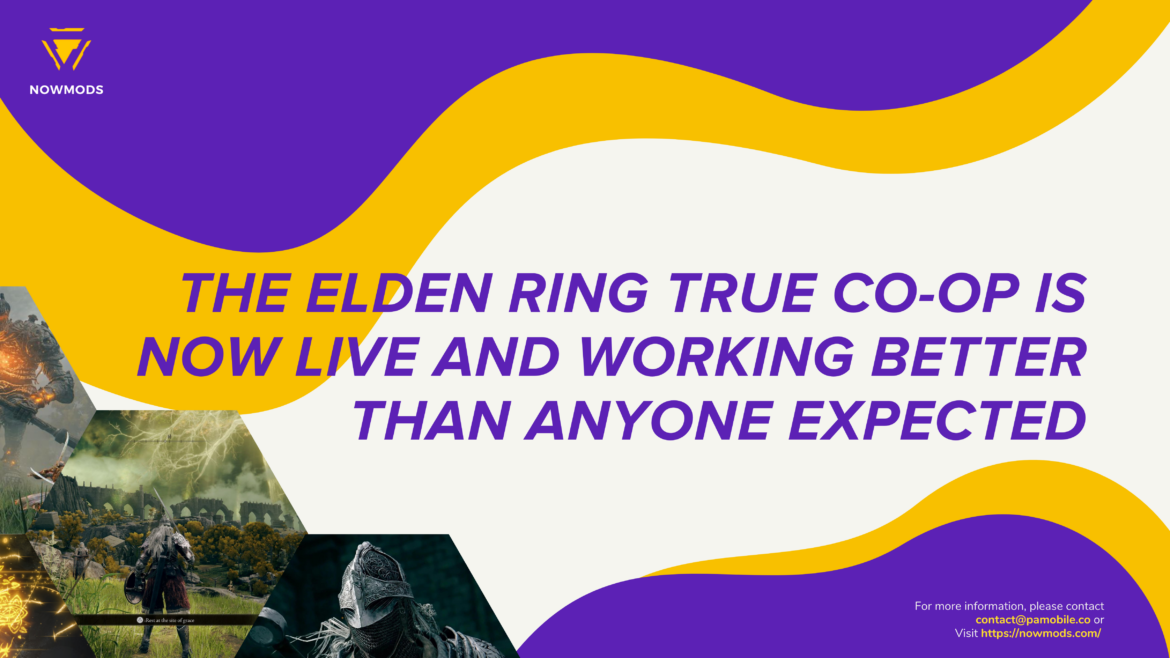 Community recently discussed how Elden Ring was getting multiplayer through a new “seamless co-op” mod created by an expert creator – LukeYui. Now, as of this weekend, that mod is in beta, and if you were expecting a disaster because it was created by a fan, think again. It actually works extremely well !

The Seamless Co-op Mod available here from LukeYui on Nowmods.com, does the following:

Even though it’s in beta, it already has 50,000 downloads, and most people recommend that you don’t wait until it’s out of beta because it works great right now. Here is the Discord server:

“It really is seamless, you can teleport anywhere together, ride torrent at the same time, progress and collect the same items… And you can also play with mods! This is amazing!

“When I heard it was in beta I expected it to be one of those seamless co-op mods that are really broken and are indefinitely in a broken state, but almost everything seems to be working here. Serious props to the devs.”

“Didn’t expect it to be SO well functioning in a beta version, but I’m shocked! It doesn’t feel like a mod, playing it feels like the game was released this way. Serious props to the mod author!”

It’s difficult to imagine how difficult this mod would be to make, especially with a closed source game like this, but it works, and if you want to play Elden Ring with your friends on PC, this is definitely the way to go. Console players are out of luck without official mod support, which does not appear to be coming anytime soon.

I’m curious if FromSoftware will ever notice how well these mods are received and consider true co-op outside of boss summons and invasions in future games, but that seems unlikely. But get in there and discover Elden Ring in a whole new light.