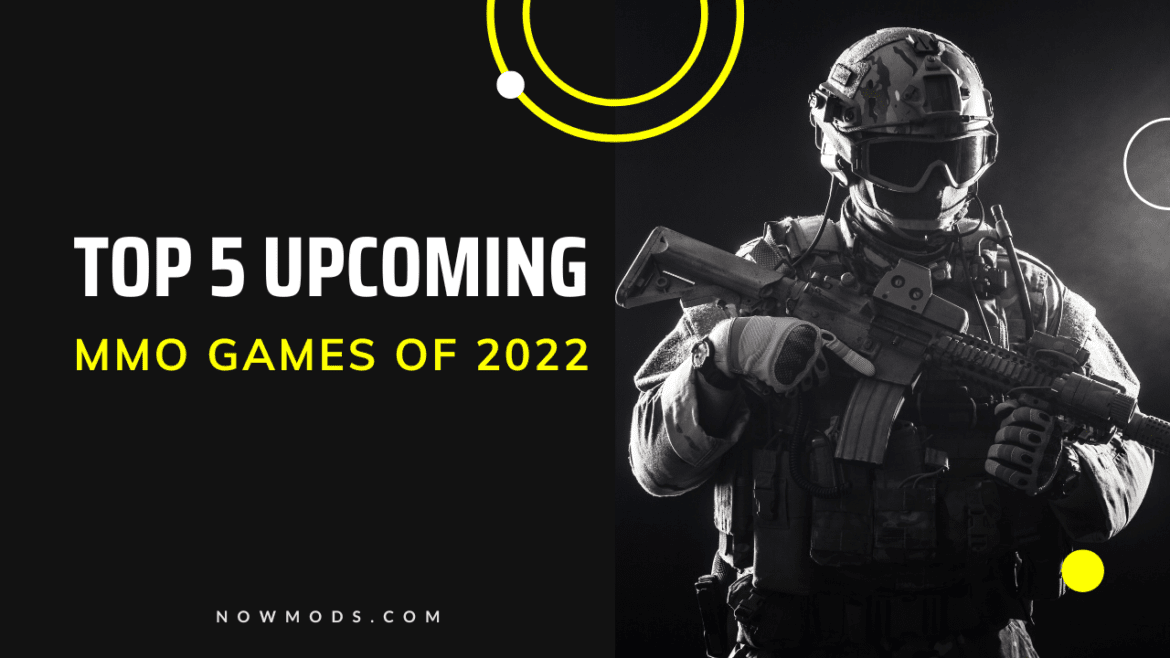 The gaming industry is now more diverse than ever with so many different genres coming to the spotlight, getting more and more innovative with every new title. One of the genres that have stayed with us for the longest time is massively multiplayer online games and over the decades, it has been hugely revolutionized by modern technology.

From World of Warcraft to Final Fantasy, the MMO community has had their hands full with challenging and thrilling gameplay. But many modern gamers are still looking for a way into the MMO side of gaming with a less daunting option that is equally fun to play. And so, we have taken it upon ourselves to find the best of the best titles. Keeping that in mind, we have listed these top 5 upcoming MMO games of 2022!

We gamers are always hungry for an action-packed post-apocalyptic thrill that sends us out into a dark world to survive the horrors and monstrosities that have brought the whole world to the edge of extinction. The Day Before might just be the perfect game to satisfy that craving. By the looks of the early footage, the visuals are mind-blowing with a vast post-pandemic world to be freely explored (except for zombies, of course).

Being developed by FNTASTIC, The Day Before seems to be very promising with many great features from other popular titles like DayZ and The Last of Us. Of course, the competition is fierce, especially since we have had our fair share of awesome zombie shooters with epic gameplay and captivating narrative that draws you right in. So far, this game is definitely one of the best upcoming MMOs to put down your list.

Ashes of Creation has been the talk of the town in the MMO community for a while now and so far the game has done nothing but impress the MMO lovers with its gorgeous world, deep gameplay, and compelling storyline. Although not everything about the game is known at this point, there’s a lot that suggests that Ashes of Creations might just be the next BIG thing in the gaming world, especially in the MMO community.

The game is currently being developed by Intrepid Studios and to be honest, it looks quite ambitious and might take a while before we see it rolling down the market. There are many great features in Ashes of Creation that makes it very different compared to other MMO titles we have played in the past. Ashes of Creation is still in the Alpha phase with no fixed release date but as I mentioned, it could be a while before it comes out.

Coming from Singularity 6, Palia is an upcoming massively multiplayer social simulation game. Set in a breathtaking fantasy environment, Palia combines some of the great elements from other popular titles including Animal Crossing and Stardew Valley with lots of farming and fun! Palia puts you in the shoes of the legendary human race that was thought to be extinct thousands of years ago only to appear out of nowhere.

Now as this legendary race, you have to start all over again and build a sustainable ecosystem. Farm, fight, collect resources and build your new home in any way you like in this relaxing MMO title. Palia will be free-to-play with the availability of cosmetic items that the player would be able to buy. So far, the game looks amazing with a compelling story and gorgeous art style.

Of course, I just can’t afford to miss League of Legends MMO. League of Legends has been ruling the MOBA world for many years now and it doesn’t seem to roll down any time soon, not with that many loyal fans out there. But it seems that’s not enough for Riot and they are planning to USE the popularity of League of Legends to jump into the MMO world with a very strong player base.

However, there is very little known about the game as Riot has been keeping things under wraps for now. It seems that the MMO counterpart would have the same world and even character classes as the original LOL title, which makes sense as a lot of targeted audience would be jumping from LOL. Riot has been working round the clock to create new content for other games while working on this new MMO title. Of course, there’s no release date yet but it could be as late as 2024.

Bandai Namco’s Blue Protocol created a lot of hype around the MMO community, especially after the closed beta testing that promised us gamers an exciting new Anime-based MMO title that looked gorgeous. However, Bandai Namco went radio silent after the tests and we really didn’t hear a single thing about the game.

But worry not, the game is still in development and according to the sources, the development team is working round the clock to turn this into reality as soon as possible. The game features a thrilling combat system and a slew of mysterious characters from ancient civilizations. While there’s no fixed release date for the Western countries, we can expect Blue Protocol to be released in Asia in 2022.

It seems 2022 is packed with some exciting new MMO titles that are full of life and if everything goes according to plan, we will have plenty of fun at our hands for the rest of the year… or two! So, start saving up early and of course, we will come up with cheap game deals for a discount as well.

Hopefully, this list will give you some idea of what to look out for in the next few months. That’s all for this list, we will be sure to add new games as they come out and keep this list updated for the future.