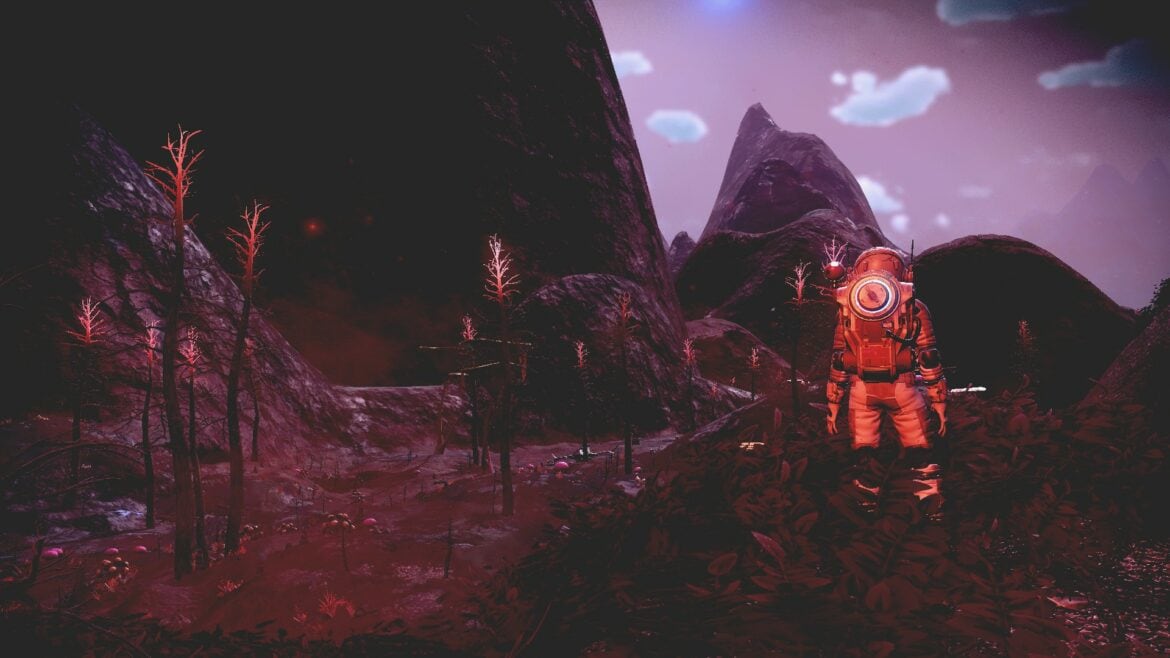 Author notes: This author has not provided any additional notes regarding file permissions

File credits: This author has not credited anyone else in this file

It adds 265 new handcrafted, distinct sub-biomes to the universe. All of them come with different levels of generation and varying placement scales and layouts. These environments were made to seamlessly combine in many different ways.

Better Planet Generation is designed to bring variety to the different biomes. You will visit, but it brings a lot of variation to the universe. Outside of the countless combinations of assets and their resulting new environments, planets you visit will present themselves differently each time. Placement layouts, the scale of the regions, density, variety of assets, and their respective scale,…

No planet will look the same. Unless, of course, it is a very simple one. More on that below.

Not only does BPG add planets to the universe, but it also allows any vanilla planet to spawn a secondary sub biome that can drastically change the overall feel of said planet. A classic scorched planet can spawn volcanoes, huge lava rocks, and burnt trees, or huge rocks. A radioactive world can spawn huge plants, forests of alien trees, or underwater props, among many other possibilities.

These are only a few examples of what is possible in better planet generation. I’ve tried as much as possible to only allow sensible combinations. They will be determined separately for each sub-biome, with an 80% chance.

Regarding other aspects of the planetary generation, underwater and cave biomes are now far more varied with both new handcrafted and procedural content with various life levels.

On top of all the added handcrafted content, BPG also uses a flexible dynamic generation framework that can take many shapes and create countless planets on the fly using environmental “parts” inspired by other handmade worlds or taken from a more generic but highly variety pool of objects (planets, rocks, trees,…)

Each planet generated this way has its own selection of parts based on its biome. Some liberties have been taken when designing and attributing those parts to the various biomes. Some objects have been injected to improved variety in better planet generation, but some restrictions have also been applied to preserve each biome’s identity. For example, common trees can be rarely found outside of Lush worlds but never on a scorched planet (but you might find palm trees on certain occasions). Also, you definitely won’t find cacti in a frozen world.

Some of them might look very alien, but it mostly by design to mix things up. Overall, Planet should be far more varied while staying “on point”. Most of all, these worlds generate in a very unique way. Not only is the selection/combination of assets dynamic, but so is their placement.

If you start/land on a world that looks mostly empty at first glance, it either means that it is a dead-level planet or that the planetary object has been laid out in a more natural manner, creating both sprawling and empty regions. It is thus recommended to explore those worlds as much as possible (if that’s your thing of course) as the sequence in which their objects are places is not as static as it is in the unmodded game or in the earliest version of Better Planet Generation. It is ever-changing (not infinitely, though) and groups of assets will vary in structure/composition and overlap dynamically with one another, creating a very high number of possible regions on the same planet.

In short, I have made sure that patterns in which objects are placed are far less predictable compared to handcrafted worlds, encouraging you to explore more.

At most, these planets can come close to a hundred different scalable flora/minerals (when including caves and underwater environments) when they spawn at their fullest possible level, so they are not as empty as they might look in certain places. Their life level is (you guessed it) dynamic, based on the sum of the parts chosen. The new exploration log can help you with that.

Better Planet Generation is a vastly different experience compared to the unmodded game and even other biome Mods. Not even taking into account the small details, it is more than likely that you will never be able to encounter all the possible assets combinations this MOD can generate. Let alone in the different regional layouts, each dynamic template can result in.

Each biome has access to two very different procedural templates in Better Planet Generation. Both producing different results in terms of layouts and objects combinations.

Their common goal is to show you a different kind of environment each time. Aesthetically and structurally.

No more “postcard” planets where most of what there is to see is right around the corner.

Planetary generation can now affect your visual enjoyment and gameplay. It is a video game, after all.

A world generated at its fullest possible level and highest complexity can take you some time to fully explore on foot. Meaning seeing the most notable regions (and not all of them) and scanning everything.

The occurrence of these “generic” planets only relies on probabilities. None of my templates is designed to specifically produce them.
Just about anything I could imagine using the assets at my disposal has been made a possibility in Better Planet Generation.

If you have any suggestions about something you’d like to see occurring, please tell me.
If it’s not already possible in some way, I’ll consider it.

I like to keep BPG in a constant state of evolution and improvement.

Better Planet Generation is not for everyone. Planets can be both very detailed in every aspect or very simple. If you expect to always see trees and full grass coverage on your lush planet or anywhere else, there are other MODs for that. This is not what you should expect using BPG.

Now, whether you are a new player ready to explore an infinite universe or a more weathered one that wants to be surprised by the game again, I suggest you give BPG a try. It won’t harm your game in any way.

Installing this Better Planet Generation mod will operate changes to the terrain in every biome. It is also recommended to install it while in a space station/anomaly/freighter and not on a planet’s surface. Some major updates to the mod can reset the terrain or biome lists.

If you are looking for more No Man’s Sky mods, check out these ones right here: