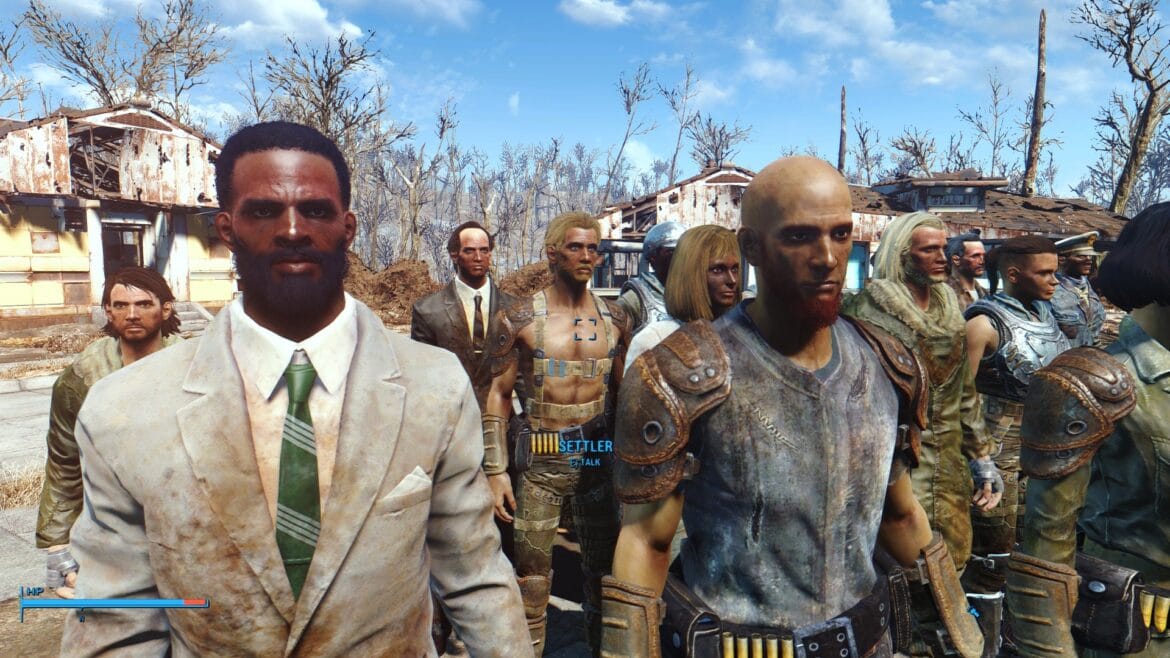 Better Settlers is a lore-friendly mod that adds over 240 extra population to the vanilla settlers. You can choose to stop there, or go on to OPTIONS to adjust their equipment, gender ratio, stats, or mortality to make them more lore-friendly. There are DLC and non-DLC versions, as well as a variety of other possibilities.

For optimum compatibility, Better Settlers employs no scripts, and the standard option uses just vanilla assets. Sim Settlements and all other significant modifications I’m aware of are compatible.

YOU MUST LOAD UNOFFICIAL FALLOUT PATCH BEFORE BETTER SETTLERS OR YOU MIGHT GET CRASHES!!!

Or you can watch this Youtuber Gopher showing how to do it: https://youtu.be/HZpIQ6P38xE

If you want to do a test to see variety and randomness, you can do this with console:

let them spawn and move away a little bit and do it again.

I normally spawn about 120 settlers at a time and go through and look at them to check for bugs. But you can use it to see the variety and make sure the ponytails and gear are showing up, etc. You can safely shoot the settlers and kill them to check their inventory.

Dont forget to tai tcai and tgm again or no one will move and you will be unkillable.

You can take a look of those Fallout 4 mods right here:

The Long Dark World in Minecraft